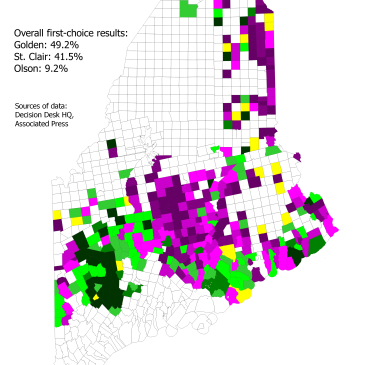 On June 12, 2018, Maine held primary elections to determine the Democratic and Republican nominees for Governor, the Democratic nominee for Maine’s 2nd Congressional District, and nominees for several state legislative districts. These were the first elections to be held under ranked-choice voting (RCV) since it had been approved in a referendum in 2016 (more … END_OF_DOCUMENT_TOKEN_TO_BE_REPLACED 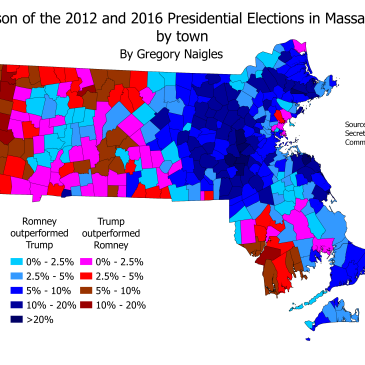 Massachusetts is well known as one of the most Democratic states in the country. There was no doubt that it would vote for Hillary Clinton in the 2016 presidential election – the only question was by what margin. The Democratic candidate’s margin of victory in Massachusetts had not changed a lot in the previous three … END_OF_DOCUMENT_TOKEN_TO_BE_REPLACED 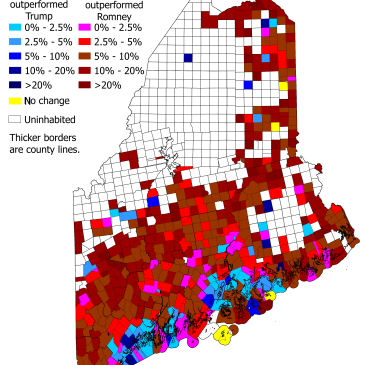 Maine was a bit off the radar in the run-up to the 2016 elections – despite it being one of only two states that split their electoral votes by congressional district, and despite polls showing that the previously Democratic 2nd District could go to Trump, it was mostly ignored by political analysts in favor of … END_OF_DOCUMENT_TOKEN_TO_BE_REPLACED