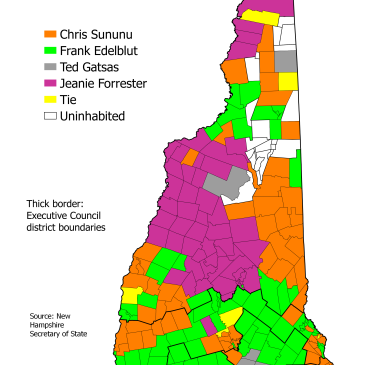 On September 13, 2016, voters in New Hampshire went to the polls to select the Democratic and Republican Party’s gubernatorial nominees. While Democrats have held the Governorship of New Hampshire for all but two of the past twenty years, the 2016 race was widely considered to be a toss-up even before the nominees had been … END_OF_DOCUMENT_TOKEN_TO_BE_REPLACED