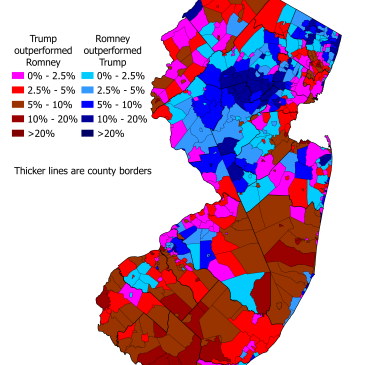 New Jersey has a reputation (Chris Christie aside) for being a solidly Democratic state, and thus it was widely expected to vote for Hillary Clinton in the 2016 presidential election. Many people even expected Hillary to improve on Obama’s 2008 and 2012 performances, due to New Jersey’s large concentration of college-educated white voters, a demographic … END_OF_DOCUMENT_TOKEN_TO_BE_REPLACED